Step by step - Learn how to use axaio products

Install the MadeToPrint InDesign plug-in on any computer in your network where a Desktop version of Adobe InDesign is installed. 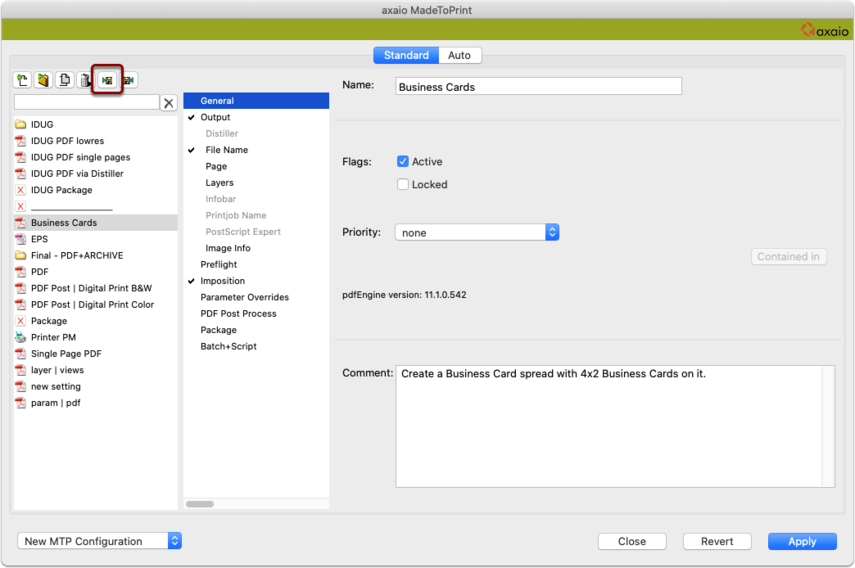 Exporting Output Jobs with the Standard version of MadeToPrint InDesign 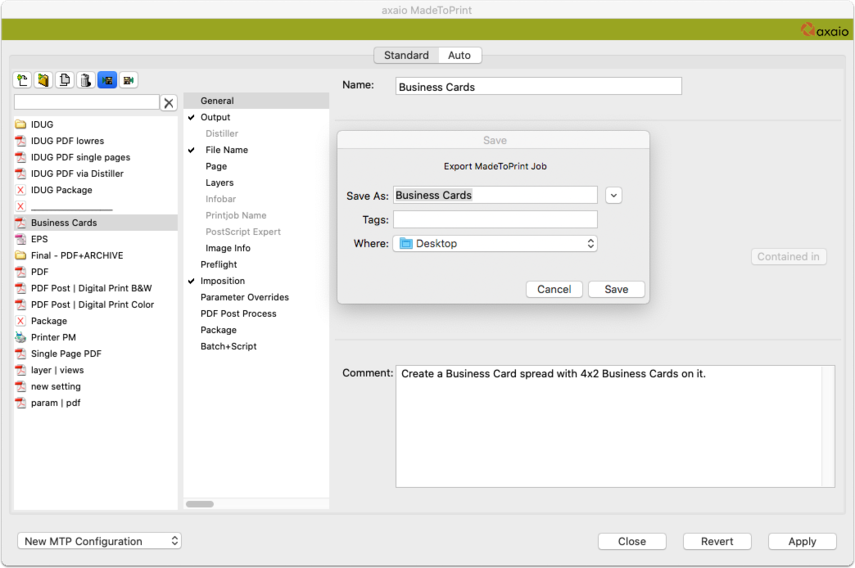 You can also export a complete Configuration, including Output Jobs, Auto Jobs and all assigned assets like scripts, presets and PostProcess profiles. 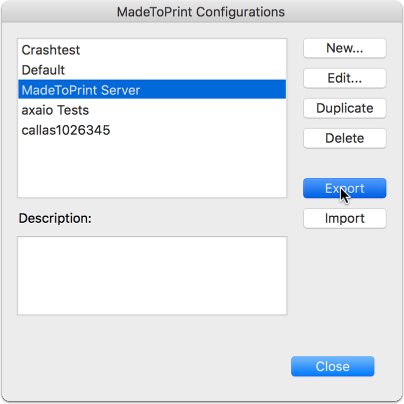 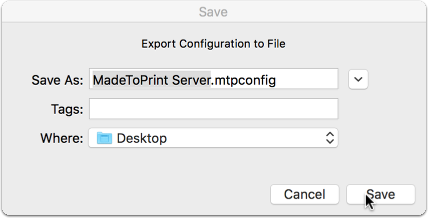 Choose any folder and hit Save.

Even if you have set up multiple connections, the server UI is only connected to one (selected in the main windows) and will only import Jobs to that selected server.

To import single Output Jobs or Auto Jobs, click onto the Import button (4, see above) in the MadeToPrint Server UI. 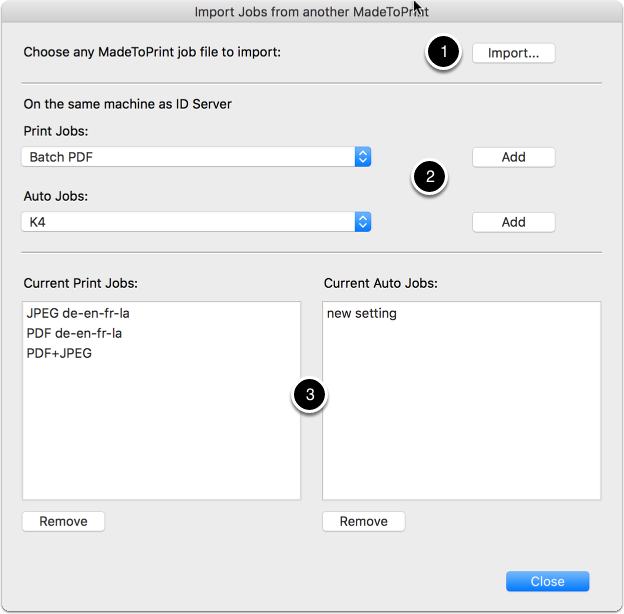 This MadeToPrint UI is devided into three sections.

(1) In the top part of the window, you have a button to Import Output Jobs and Auto Jobs which you have been exported from a Desktop MadeToPrint.

(3) The lower area does list the actual Output Jobs and Auto Jobs which are installed in the MadeToPrint Server you are currently connected to.

You can also choose to import complete Configurations. Therefore, in the main MadeToPrint Server UI, click the "Configuration" button. 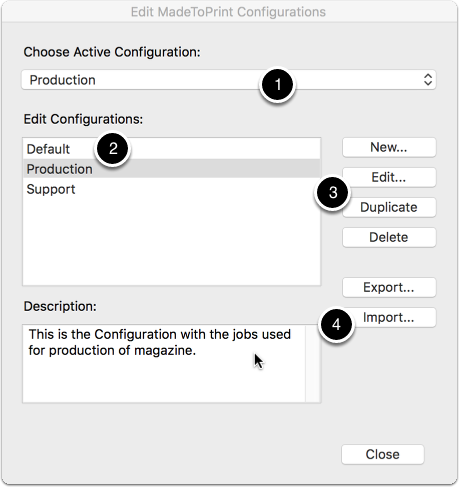 (2) A list of configurations which you can edit, delete, duplicate. Select a configuration and choose from the action buttons (3)

(4) To import a new configuration, click Import... and choose a .mtpconfig file from your hard disk, which you have exported before from within the Desktop MadeToPrint. 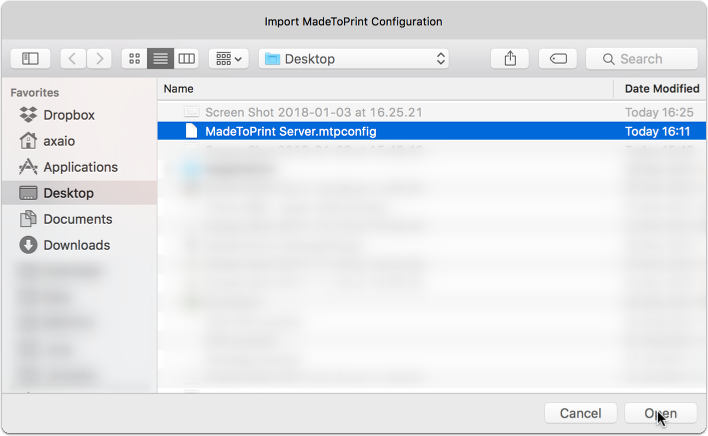 Click Open to send the configuration to the server and activate it.

Explanation of terms: Output Job and Auto Job in MadeToPrint

In the Output Job all settings relevant for the output are stored. It is specified whether the output job is to apply to PostScript output on a printer or to file output. The following formats are available for file output: PostScript, EPS, PDF, PDF interactive, JPEG, PNG, TIFF, IDML, EPUB and InDesign.

Auto Job refers to the output queues, which always consist of an IN, an OUT and an ERROR folder. They are used to feed InDesign documents to a specific Output Job and thus pass the original file through the MadeToPrint production.

Auto Jobs can also be edited in the MadeToPrint Server. To do this, select any job and click Edit..., or create a new one by clicking Add...

Through a dialog box, you can define various settings, e.g. which Output Job to run in an Auto Job: 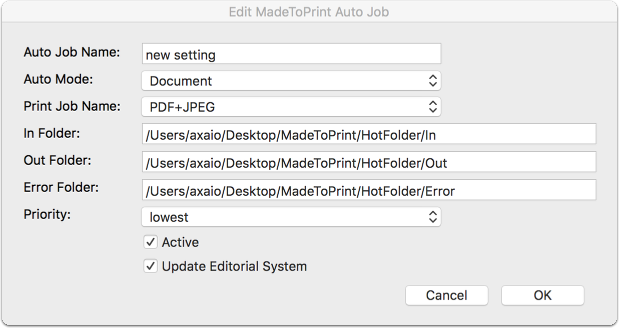 If you have further questions you can contact our support at support@axaio.com.

You can find additional information about our optional support and maintenance agreement here.